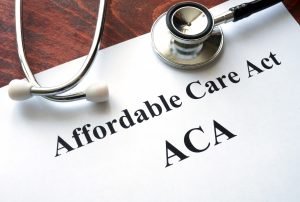 You might have recently heard that a court decision on the constitutionality of the Affordable Care Act’s (ACA’s) individual mandate was announced, leaving the future of the ACA in jeopardy. We are here to give you unbiased information of what happened and what the future of health insurance might look like for you.

Background
On December 18, 2019, the three judges from the Court of Appeals for the Fifth Circuit, in a 2-1 decision, ruled that one key element of the ACA — the mandate requiring people to have insurance — was unconstitutional. But they remanded the case back to the district course for additional analysis on the question of severability.

One judge disagreed with these conclusions, however, both the majority and the dissent were quite critical of the district court’s severability analysis. Because the Trump administration changed its position three times during the appeals process, this led to significant confusion and helped bolster the Fifth Circuit’s decision to remand the case, potentially resulting in an even longer delay in resolving the lawsuit.

The Democratic attorneys general, led by California, who have intervened in the case have already indicated that they will appeal the decision to the Supreme Court. From there, the Justices will decide whether to hear the appeal or not. If the Supreme Court agrees to hear the appeal, the timing of the Fifth Circuit’s decision in mid-December makes it less likely that the case will be heard during the Court’s current term (which would result in a decision in summer 2020). However, the Court has broad discretion and could allow for expedited briefing to allow the case to be considered this term. The Justices may want to hear the case this term in light of the significant uncertainty created by the litigation.

If the Court declines to hear the appeal, the case will continue before District Judge O’Connor who must undertake a provision-by-provision severability analysis. The decision would remain vacated (not in effect), and the ACA would not change until there is a final decision from the Supreme Court. However, remand would mean more years of litigation as we await a new district court decision, another appeal to the Fifth Circuit, and an eventual return to the Supreme Court. More litigation most certainly means more confusion and uncertainty for health care stakeholders, state and federal officials, and patients across the country.

So what does this mean for your health insurance?There’s a lot of confusion about the state of the ACA, but the truth is that the ACA is still the law of the land. Although the deadline to sign up for an individual 2020 plan has passed (December 15, 2019), some states are extending the time that people have to buy health insurance to late January 2020. Otherwise, you may qualify for a Special Enrollment Period due to a life event like losing other coverage, getting married, or having a baby. Visit HealthCare.gov for more information.